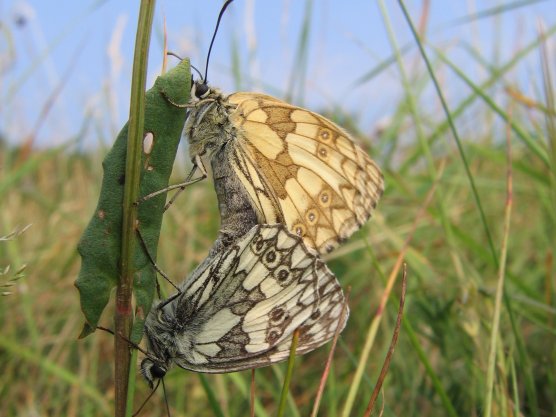 Adults can be found from July to August. In these months they are in need on nectar and thus dependent on grassland rich in flowering herbs like meadows, pastures and field margins. At this time intensively used grasslands cultivated for diary farming has been mown several times already. Flowers are hard to find. Extensively used conservation grasslands are used to be mown from the mid of July and are low in nectar ressources, too.

It is for these reasons, that the Biological stations in the Eifel mountains - having the responsibility for conservation grasslands - attempt to alter grassland management for the benefit of nectar and herb feeding insects. A certain part of the managed grasslands remains unmown. Furthermore the location of the unmown part is rotating from year to year to prevent the establishement of shrubs or trees and thus to keep up the grassland character of the land.

The remaining herbs are important feeding ressourses for insects until the flowers fade in autumn. In addition the green parts of plants can be essential for herbivores. The caterpillars of the Marbled White for example feed on certain grasses and are dependent on a certain amount of suitable food.

Within LIFE "Patches & Corridors" we want to preserve exisiting mountain hay maedows of the Eifel mountains as well as to develop new ones. With a rotational mowing scheme we want to establish a management from which a diverse community of insects benefits. 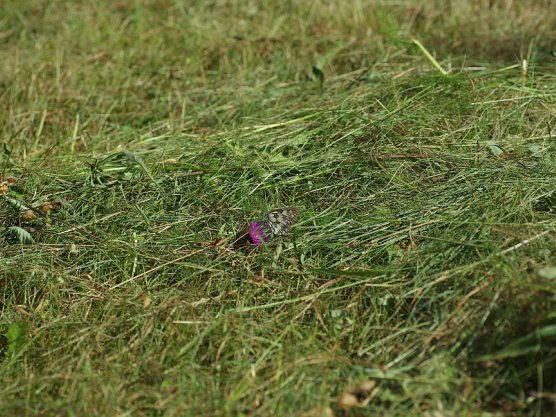 It is hard to find nectar on mown grassland 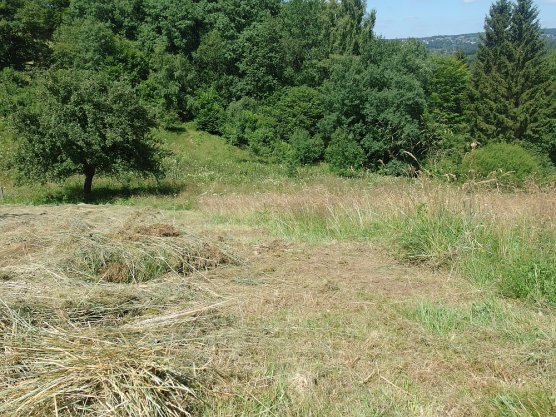 The right part of this mountain hay meadow remains unmown 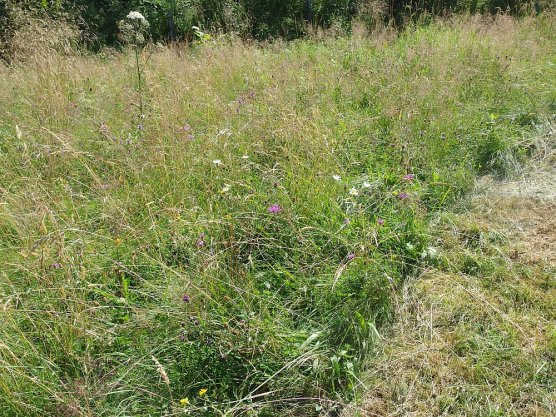 Grasses and herbs grow undisturbed until they fade 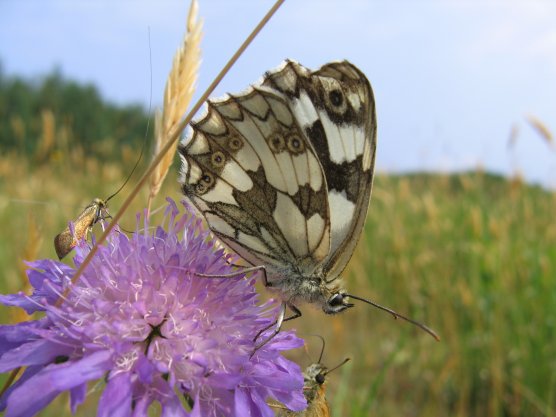 This part of the meadow is essential for the Marbled White