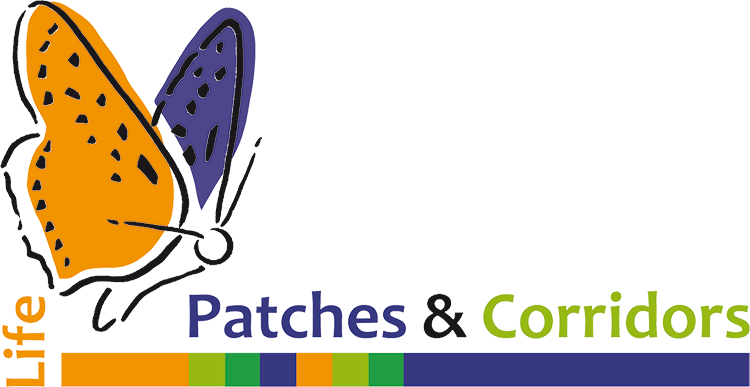 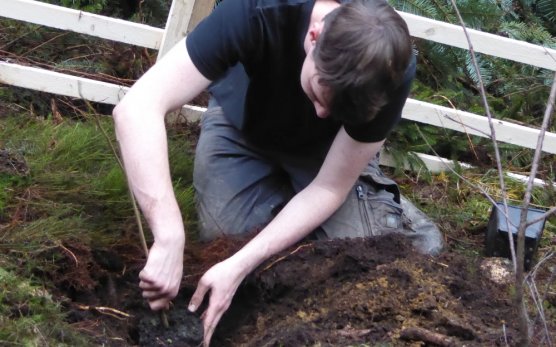 In November, we planted offspring of the old wych elm from Rohren in the wild. This is linked to the hope…

...that some of the trees will grow old and produce vital fruit themselves.

Our contribution began with the harvesting and selection of the seeds on 18 and 26 May. Two weeks later the first seeds germinated. Through optimal storage, about 200 plants were now ready for application on suitable areas in the project area.

Suitable planting sites for the wych elm are, for example, shady, north-east exposed slopes of deeply incised valleys in the Northern Eifel. Here, smaller coniferous woods have been cleared on plots of land acquired by the project. Doing this, the wych elms are to receive enough light to grow. At that site, our aim is to develop a mixed deciduous forest of slopes, screes and ravines. In addition to the wych elm, sycamore maple, ash or English oak can be expected here as typical trees.

It is clear that the young elms must be protected from game browsing. If this is not done, the shoots are regularly eaten by both, roe deer and red deer. For the campaign presented here, we have decided to plant horde fences. These are self-built fence elements made of untreated spruce wood, which are loosely fixed with wire and a few nails. The newly erected fences are initially bright and striking. In the course of time they darken. Not only the wych elm trees benefit, but also other woody plants that have been grown by natural regeneration here. We will remove the young spruces in future. The growth of accompanying tree species such as birch, rowan etc. is explicitly desired.

It is planned to build up even more horde fences in the LIFE project. The wych elm is not always planted inside. Elsewhere it is only foreseen to protect the growth of natural regeneration. In the end we want to increase the proportion of naturally occurring deciduous forests in the valleys of the "Upper Rur valley" conservation area. This will bring the Northern Eifel a little closer to its original landscape. 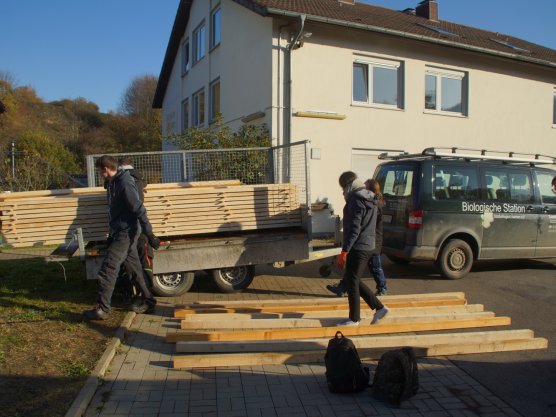 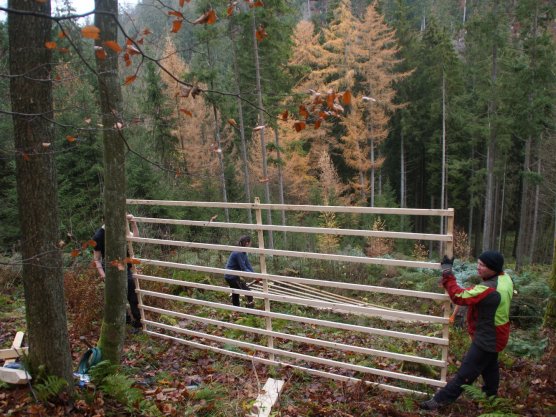 Building up the game fences 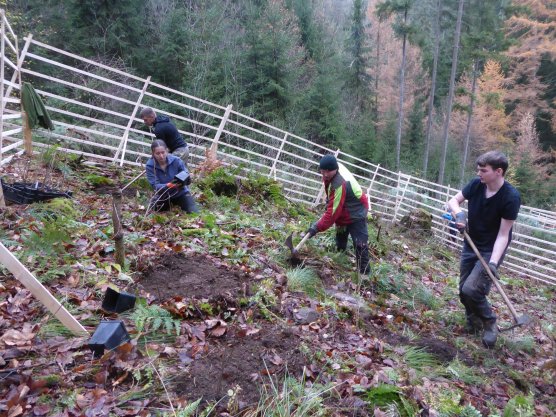 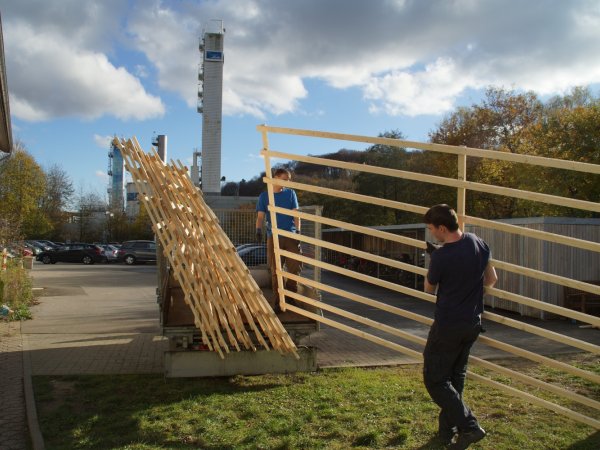 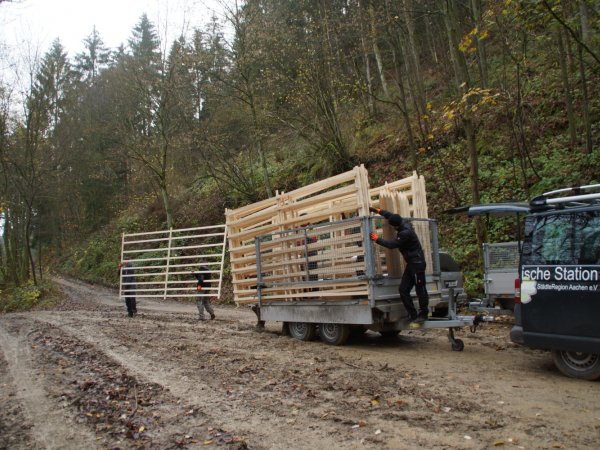 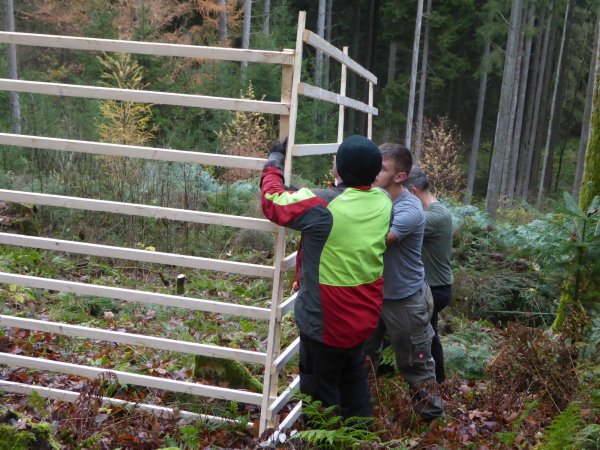 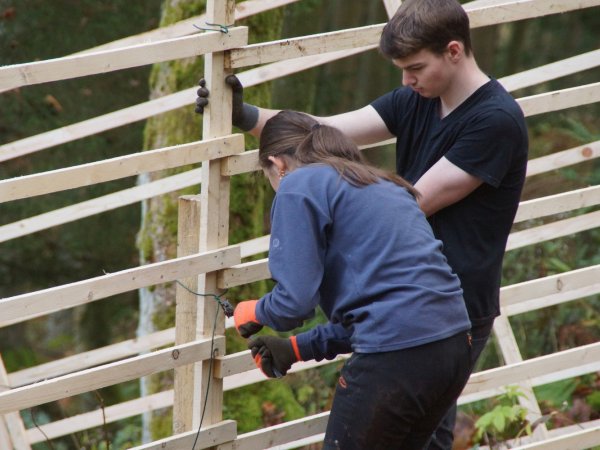 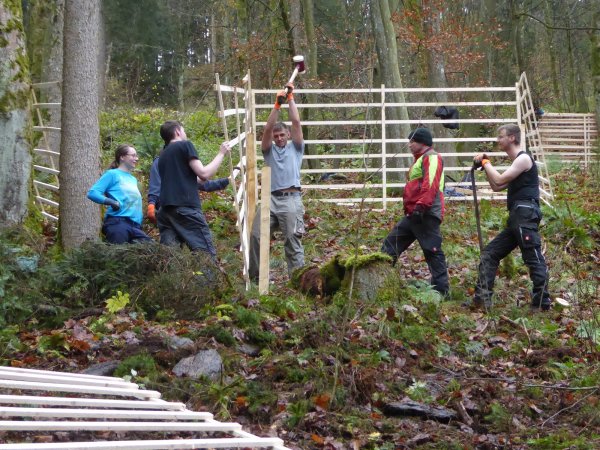 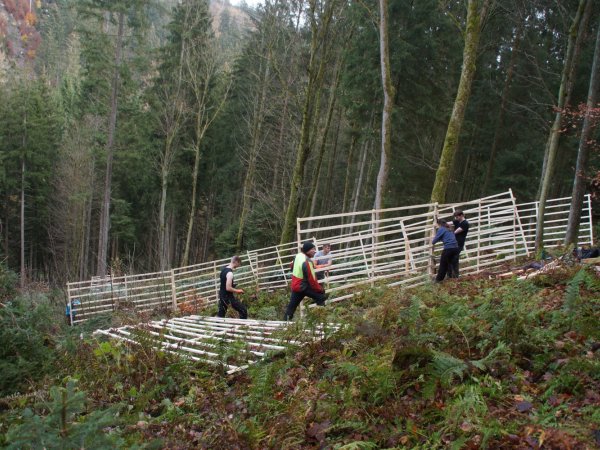 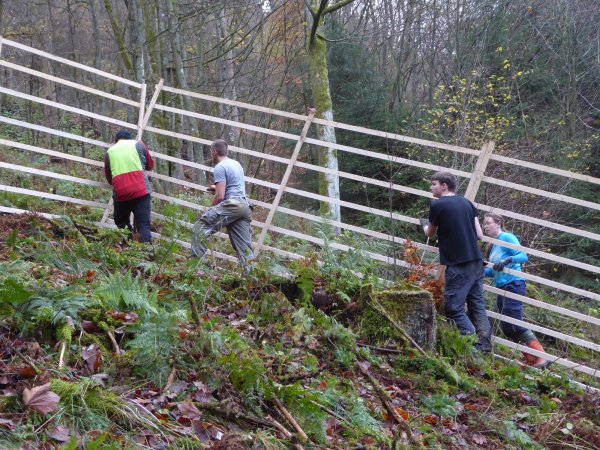 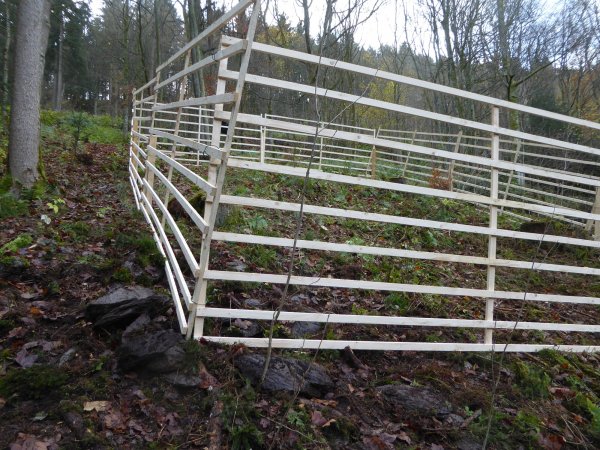 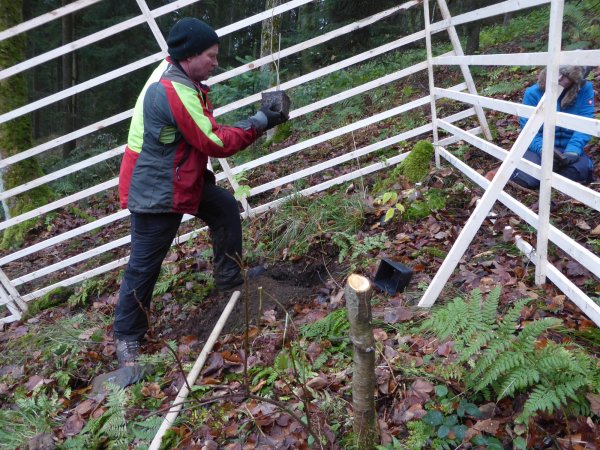 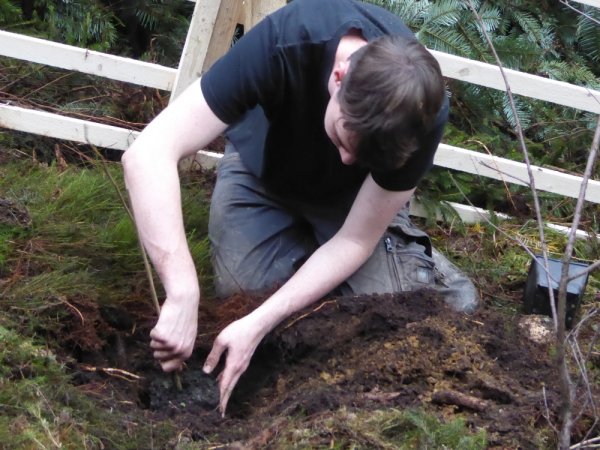